The Bowling Club opened on 6 November 1933 in newly filled swampland. In the early days, the land from Paekākāriki to Waikanae was mainly swamp and waterways that enabled Māori to travel by canoe up and down the coast. The 1852 Wellington earthquake drastically changed this land formation by uplifting the area by almost two metres in places. This reduced the local rivers of Wainui and Whareroa to mere streams, making the waterways less navigable.  The European settlers then drained more of the swamp areas to create roads, railways and farms.

One large pond remained in Paekākāriki behind the hotel, in the area of the current Paekākāriki Bowling Club. Pākeha settlers and visitors to the hotel used to entertain themselves by boating on the lake and young children made and sailed their own craft on it. Pākeha settlers named this area of water Lake Hallow.

An early New Zealand Mail article (5 August, 1897) reported “a relic of ancient days, in the shape of the upper portion of a skull through which a strange old-fashioned axe has been driven and is still firmly wedged” in the local hotel. This trophy was accidentally fished up from the bottom of this lake when it was drained in the early 1900s, It was found along with some wooden weapons, including spears. It is believed there was an early pā site in the vicinity of this lake.

An 1888 survey map identifies a ‘Pond with Spears’ at the site of the village. Māori place-names of New Zealand (vol 9 – Alexander Turnbull Library, Wellington.

By 1903 part of the drained lake had been built over with Wellington Road running along the bottom of the sand dunes.

The later establishment of the Paekākāriki Bowling Club and the early make-up of its membership reflected the history of the community’s development. Residents were playing a wide range of other sports in an organised way long before the first jack was sent up in the bowling club. The surf club, and the rugby, cricket and tennis clubs were all well established before the bowling club. Maybe the earlier establishment of these clubs, associated with more strenuous sports, reflected the predominantly young working-age population of the time (mainly railway workers and their families).

On 9 March, 1932 a group of people interested in forming a bowling club met in the local hotel’s social hall. The formation work started and was a great labour of love among the people. After some 20 months of strenuous work, much of it voluntary, the grass was sown and things were ready for bowling to commence. The bowling green and adjoining tennis pavilion are examples of community effort and enterprise.

Because the Paekākāriki Tennis Club was already well-established, it was able to lend its well appointed pavilion to the fledgling bowling club for afternoon tea on its opening day of November 4, 1933.

A 1947 photo shows the Bowling Club finished, a Croquet Field and Tennis Courts

Two important letters give an insight into the bowling club’s early affairs as it became established. These appear on consecutive pages of a correspondence book covering the year leading up to the green being ready for play.

The first, dated October 27, 1932, is written by secretary Earley to C. J. B. Norwood, Esq.. It informs him that “you were unanimously elected as Patron” at a general meeting of the club. The letter added: “As one who has the interest of Paekākāriki at heart your Patronship will add prestige to our club”.

The second letter is Mr Norwood response. He obviously gave the matter the requested “earnest attention” with courteous speed. Only four days later the secretary wrote to him again, acknowledging “receipt of your letter with €3-3-0 enclosed”. The secretary added: “My committee, I am sure, will be more than pleased at the honour you have bestowed on the Club by becoming its first Patron”.

Thus, began a relationship that lasted for some 35 years, until the distinguished Patron’s death. 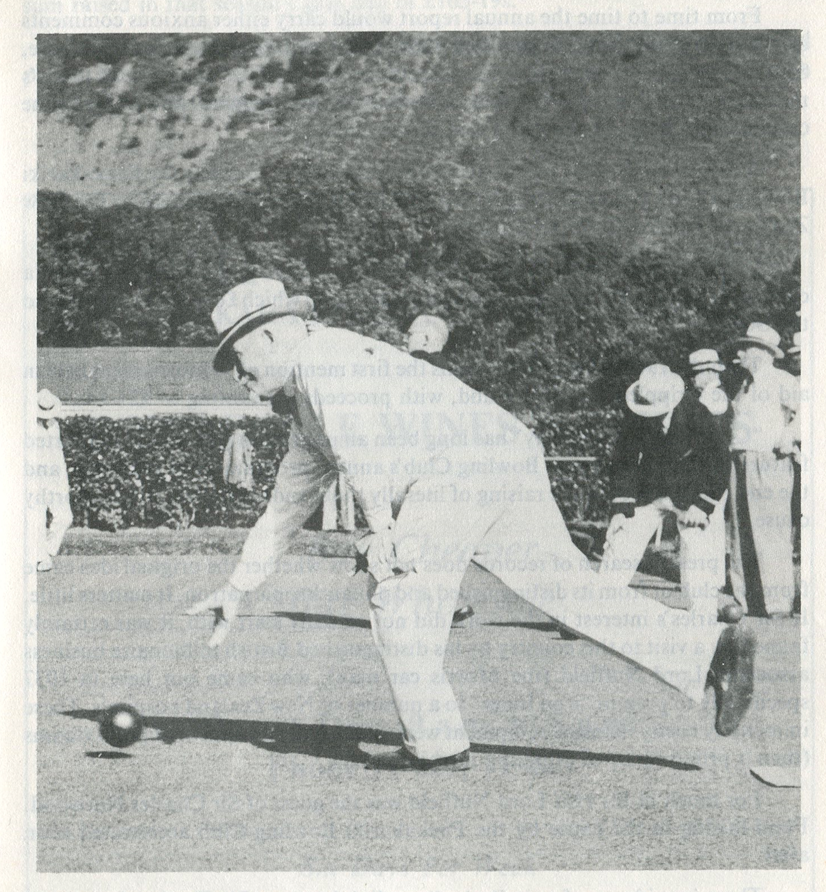 Sir Charles Norwood bowling at the club during the 1940s

It took another 20 years for local women to have a club: a bowling club for women was set up at the North End of Tilley Road in the early 1950s in the weavers hut. The Women’s Bowling Club on Tilley Road lasted until 1966/67 by which time women had been accepted as members in the Wellington Road Club and membership had dropped off.

A close look at the Championship Board provides a Who’s Who of early Paekākāriki. 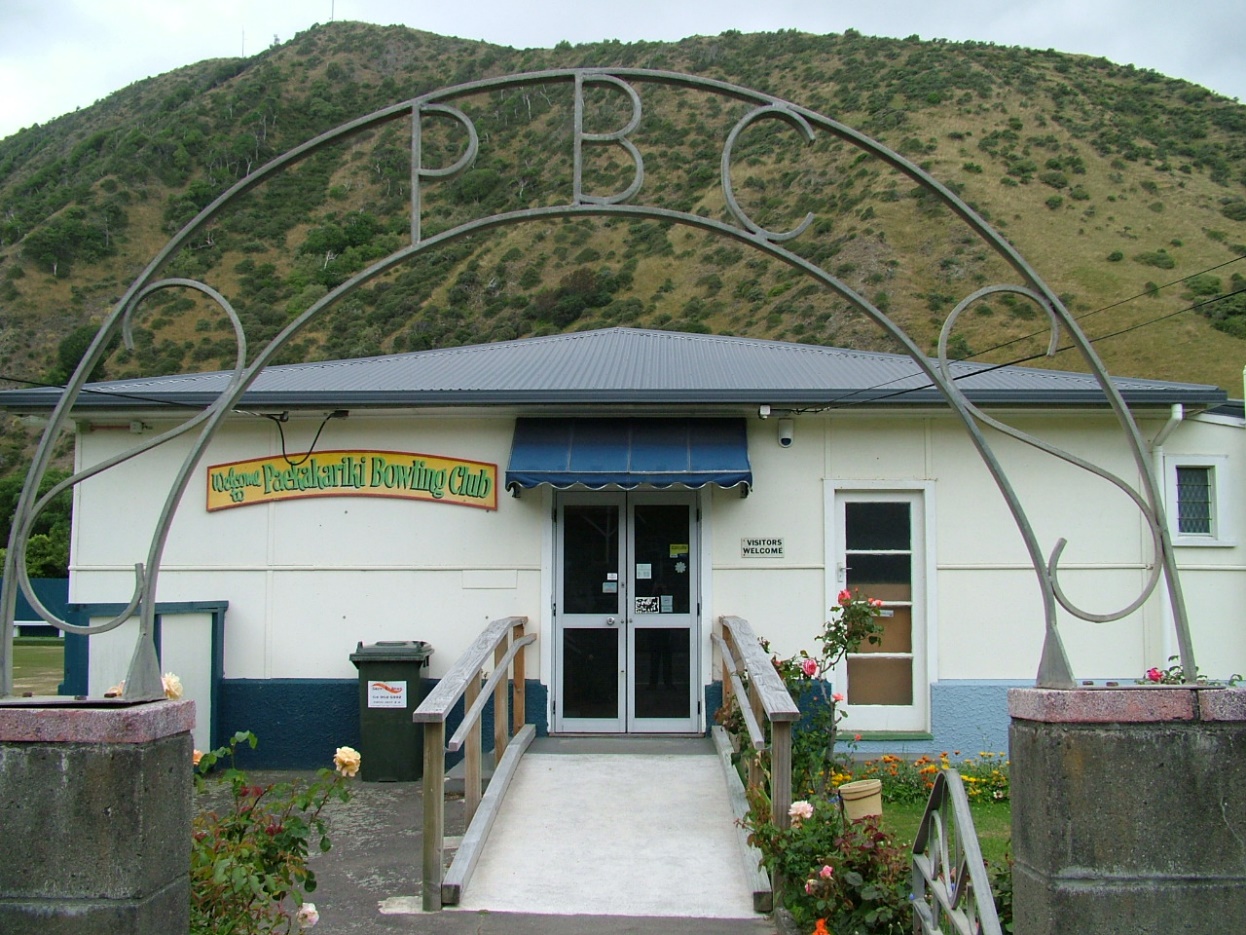