The Paekākāriki Hill Road was part of the North Road that started in Wellington and was built partly to assist with the movement of troops after the Hutt Valley War of 1845-6. It went through Johnsonville, Porirua and on to Pāuatahanui, being built in sections and taking several years to finish. Troops building the road were also required for military purposes when skirmishes arose with the local Māori.

Building of the Horokiri Road section, from Pāuatahanui Bridge to its termination near Paekākāriki, started on 1 January 1847 and finished on 30 November 1849, the distance, being approximately 10 miles or 16 kilometres. It’s hard to imagine a greater combination of difficulties than were encountered in the construction of this road.

This development was much disputed by Ngāti Toa chiefs and, thus, it was constructed under the protection of British forces. Therefore, it was designated a military road. Thomas Henry Fitzgerald’s map of the Pāuatahanui to Paekākāriki section shows the route constructed by a military party of the 58th and 99th British regiments under the command of Lieutenant Elliot, from 1846 to 1849, and by a Māori (Te Ati Awa) party under Dr Turnbull. The road was part of a chain of defence linking the stone fort at Paremata to the police barracks at Waikanae.

Captain Russell, 58th Regiment, Surveyor of military roads, reported that from the middle of 1846 to 1847, “the native workers have felled about twenty miles in length by 120 feet in breadth of dense forest, constructed seven miles of bridle road which chiefly has been cut out of the sides of steep hills and precipices, and have helped to construct six miles of carriage road, taking part in every operation, such as bridge-making, sloping, draining and metalling. Hard work the soldiers would have been very appreciative of.”

The troops put aside their rifles and took up pick and shovel, assisted by many Te Ati Awa members, who appreciated the chance to earn hard cash. They lived in small stockades built in open ground near the road and always carried their arms to work. One of their camps was near Paekākāriki, where former whaler Jock Nicol and his wife Kahe Te rau-o-te-Rangi opened the first public house at the foot of the hill. It offered the soldiers a resting place for aching muscles and dry throats.

Early travellers gave many reports of incidents happening on the road. One site of such incidents was a spot known as Māori Corner.; another was the Big Bend. For instance, Jim Crokery, a well-known dealer, was unfortunate enough to lose ten head of fat bullocks and get a large number of them injured. They took fright at something, possibly the large hill in front of them, and rushed headlong over the side of the hill, landing heavily down on the rocks below. Near the top was a water trough for horses where the gradient increased sharply and was the scene of many accidents in early motoring days. The cars stalled and missed the gear change, ran backwards and sometimes over the side of the hill into the bush below. Mr and Mrs Charles Tilley and child (Lottie) had a runaway here with their brakes failing on a two-horse buggy, and they were badly smashed up but not seriously hurt.

At one time, the Big Bend was the site of native bush. In later years, it was purchased from local farmer Francis Smith by a Mr A. Clarke, who wished to preserve the bush for all time. He spent much time and money in planting the area with bulbs and trees, but sheep and vandals destroyed or stole his plantings. Today, this area is covered in bush and the reserve is marked with an obelisk and sign. Clarke was a generous benefactor to the village, supporting many different organisations, including providing the local school with prizes. Clarkes Crescent was named after him.

Work on the old Paekākāriki Hill road gradually improved it to a stage where it was fairly safe. However, by the late 1920s, it had become obvious that there was no alternative to the construction of a major highway along the coast linking Paekākāriki and Pukerua Bay. The highest point on the old road over the Paekākāriki Hill is 810 feet compared with 280 feet, the highest point on the new route that runs through the Pukerua Bay saddle. Hutt County said it couldn’t afford to maintain the existing road.

Soon after World War I, a group of veterans of the Engineers Tunnelling Company was doing maintenance work on the hill for the County as it battled to get the Government to take over the cost of the road’s upkeep. The tunnellers were held in high regard immediately after World War I for their maintenance work. This ensured that Hutt County’s plea to keep using them to maintain the Paekākāriki Hill Road was eventually acceded to by the then Government’s Minister of Works, Sir William Fraser. Soon after that, the road was gazetted as part of the national highway network.

From 1920 to 1923, grades and corners were eased, and a better surface created for the cars and buses of holiday makers bound for Kāpiti Coast and beyond. Like those first travellers on the rough track, they stopped to gasp at the view. Kaka Tearooms, just below the hilltop, was built in 1930 and became a popular destination for weekend drives from Wellington. 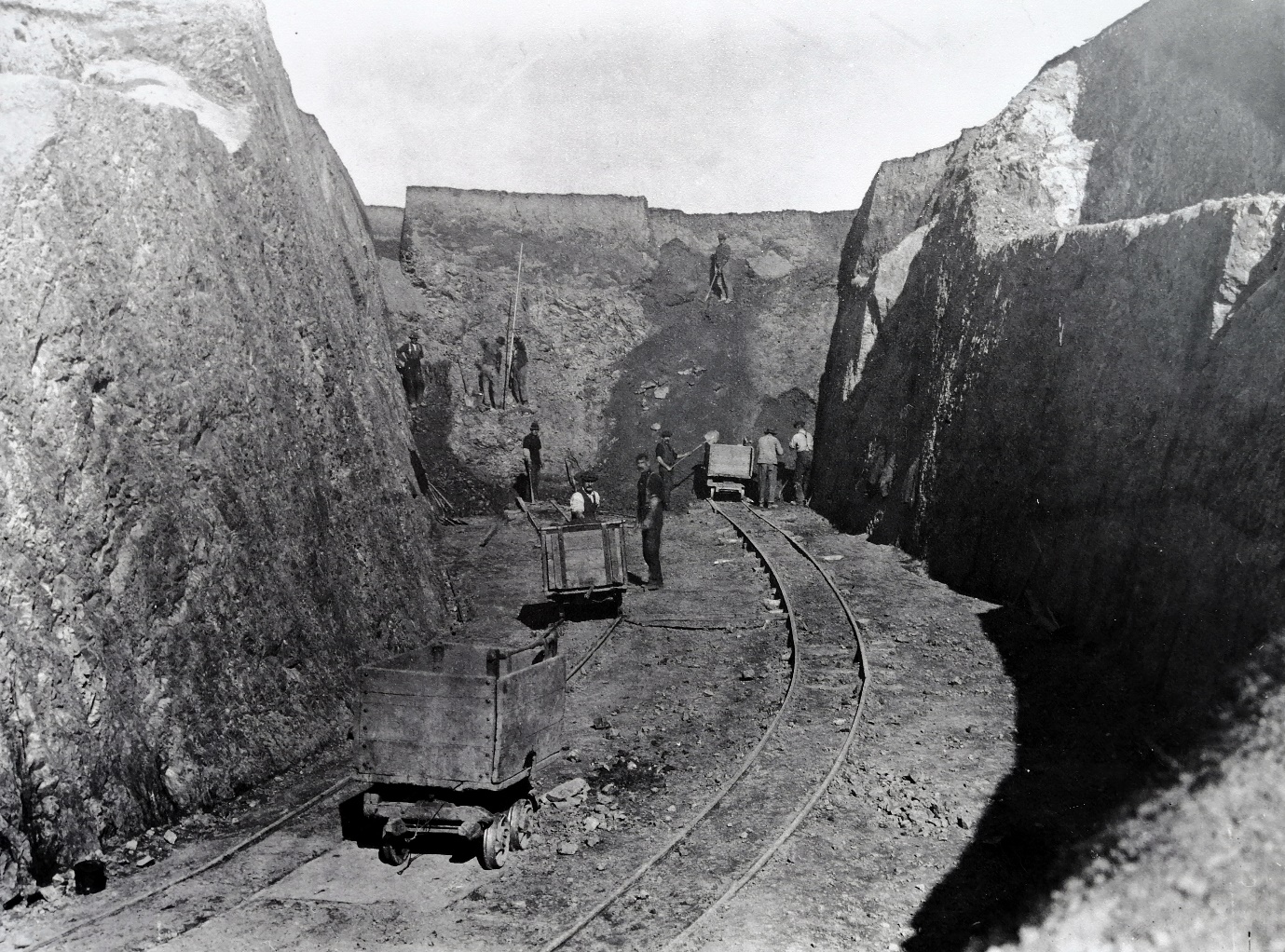 Paekākāriki Hill remained the main highway north for the next 90 years until 1939, when Centennial Highway eliminated the arduous and often dangerous climb over the hill. The Paekākāriki Hill Road was supposed to have been closed after the massive SH1 western deviation along the Pukerua Bay coast to Paekākāriki was completed. But a cry went up from the Farmers’ Union, Hutt County and the Automobile Association to save the old road. 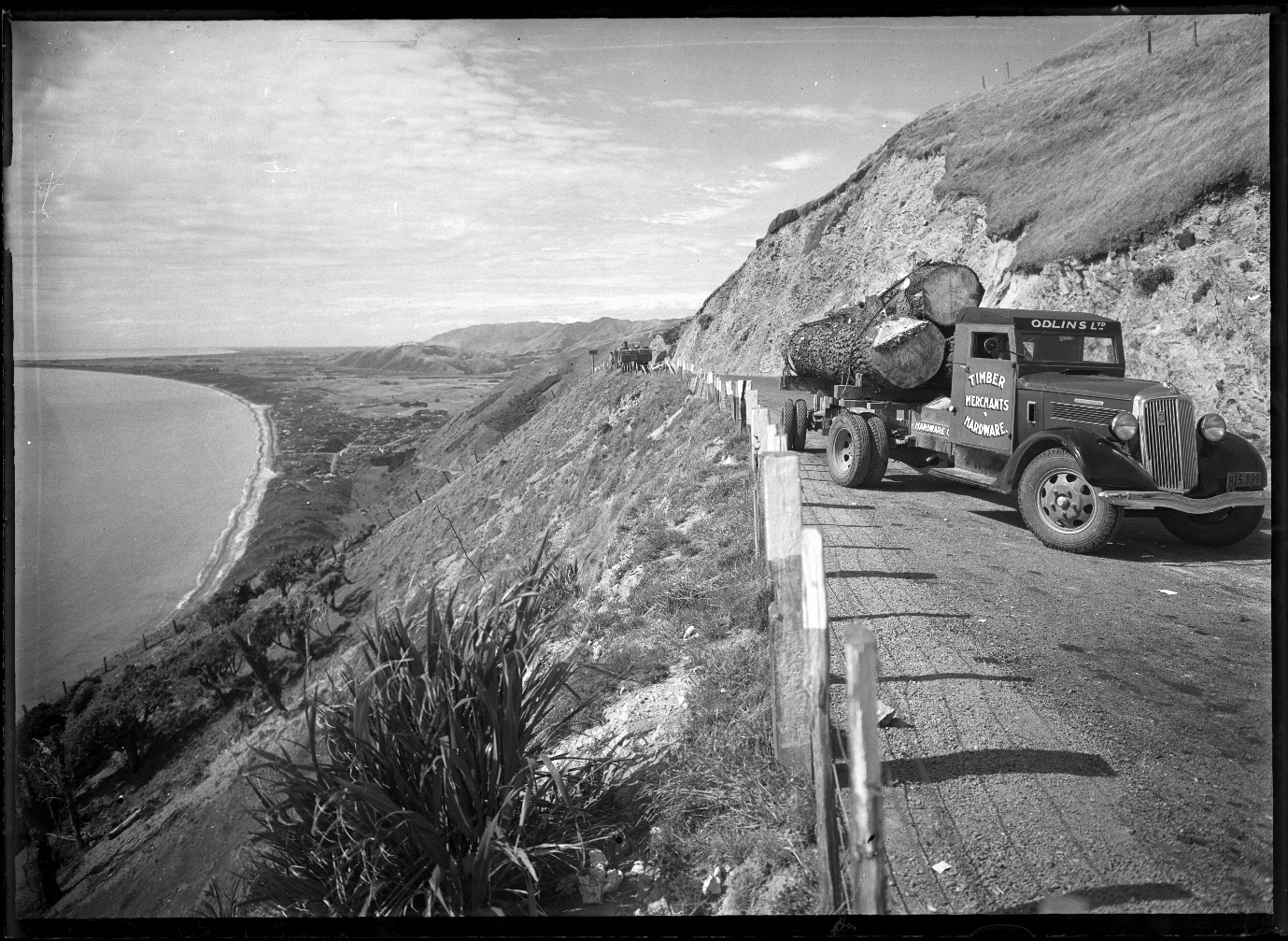 Minister Semple devolved its maintenance back onto Hutt County, but the County protested that the cost was beyond its means – the hill road was just too steep and bendy, too prone to slips, and now too little-used. It argued the maintenance was not beyond the Government’s means: with World War II under way, the argument refreshed the Country’s memories of the tunnellers to the degree that the wartime government saw war service advantages in reclaiming the road out of respect for these original tunnellers.

Paekākāriki Hill Road became quieter again. The tearooms closed but had a brief second life. In 1939 and 1940, German raiders were in New Zealand waters, sinking several ships, and laying mines. The tearoom was commandeered by the Navy to accommodate staff of a radar station to check all shipping in Cook Strait. A coaxial cable was run across the road to a revolving dish-type antenna. Late in 1942, the watchers had a great view of a convoy of American troop ships escorted by cruisers. The station, no longer required, burned down in 1945.

The hill road the tunnellers kept from closing has since adopted the mantle of a scenic drive, with windy and bushy gullies having to be negotiated up the Hutt Valley side before the road bursts out onto the summit and the gob-smacking views across to Kāpiti Island, to the South Island and northwest to Mt Taranaki away in the misty distance.