The original house located on Ames Street was built for Charles Tilley, one of Paekākāriki’s early founders. Tilley Road is named after the family. Another of the early pioneers, Stephen Smith, married Emily Webster from Otaki but, sadly, he died at an early age.

Irene Tilley and Gerald Stephen Smith married in 1908 and theirs was the first wedding to take place in St. Peters Church three days after the church opened. They lived in Ōtaki. Elsie Maud Tilley married Archibald Thomas Cooper in 1911. He was the son of the schoolmaster. They worked as a married couple for F.W. Smith and lived in a homestead called Tunapo (see the last photo in this webpage) for a while before leaving to farm at Pahiatua. Son, Norman, was a pupil of Paekākāriki School in 1898, a Private in World War I and, in July 1917, was severely injured and had a leg amputated. He died in Napier in 1978.

Emily was one of the founders of St. Peters Church. A stone tablet commemorating her contribution to the church was erected inside when she died in 1931. It is believed Emily was also responsible for one of Paekākāriki’s earliest houses in 1897 when she had built for her what later became the Playcentre House in Wellington Road.

Later the house in Ames Street became a hostel for the girls who worked in the Railway refreshment rooms. The photos show some of the ladies enjoying the afternoon sun and then spending time together in the lounge area of the house. 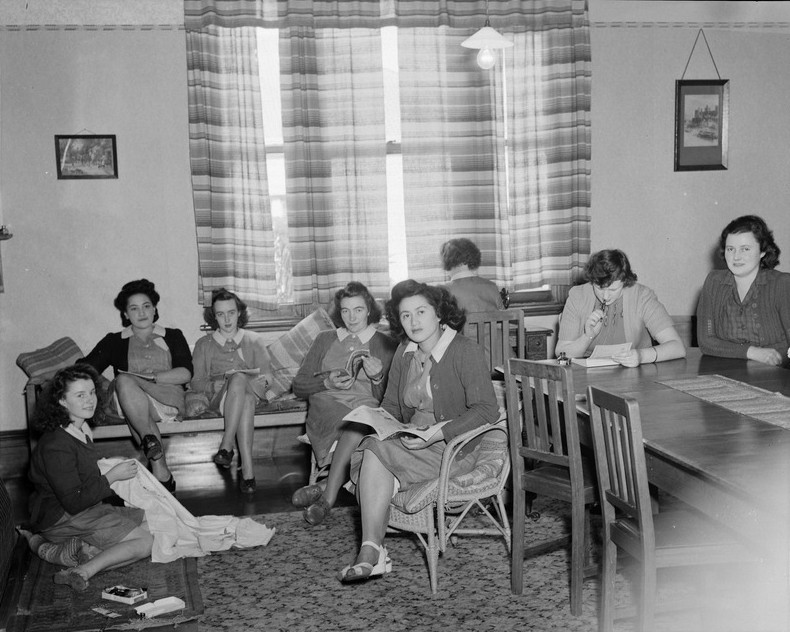 The Tilley home passed into private hands and unfortunately burnt down in the 1980s. (In the foreground of the photo above is Tunapo, the, homestead of farmer F.W. Smith. Later, the house became the home of the 1906 Restaurant for several years.