Murray Hill was one of Paekākāriki’s notable residents. He lived a long life, born in Hastings in 1924 and dying in 2015. He was one of seven boys and one girl and learned to work hard from an early age, milking the family cow in the early mornings and spending hours digging his family’s vegetable garden.

Murray was the first in his family to go to secondary school but left at 15 to become a telegraph boy for the Post Office to bring in extra income for the family. It was a difficult decision but Hill’s determination and lifetime interest in learning eventually led to him earning a Bachelor of Arts in History at the age of 70.

In 1943, aged 18, Murray enlisted in the Royal New Zealand Air Force (RNZAF) and served the final year of World War II as a flight rigger on Espiritu Santo and Bougainville.

With a good tenor voice and willingness to turn his hand to anything, he also sang and played the harmonica in the concert party. He remained in the RNZAF Active Reserve until 1951 when he enlisted in the Army to serve in Korea. Drawing on his Post Office background and knowledge of Morse code, he trained as a signalman.

Hill was selected for officer training and was commissioned as an officer at the rank of Second Lieutenant. He served with K-Force for almost two years with the dangerous task of keeping communication lines open just behind the main line of battle at the Imjin River. His resourcefulness and courage, and devotion to duty over this time were rewarded with an Member of the Order of the British Empire (MBE) presented by the Queen.

After Korea, he returned to New Zealand and the Post Office, and not long after met Helen Nicholson. This was the beginning of a long partnership, the couple celebrating their sixtieth wedding anniversary only two weeks before his death.

In 1958, Murray shifted with his wife Helen, and his eldest, bronchial daughter to Paekākāriki from Wainuiomata. “It was like moving from the winter to sunshine,” he said. They rented a house in Beach Road belonging to photographer S.P. Andrew and then shifted into their own house which they had built in Horomona Street.

By 1965, a fifth child made a move to a larger house imperative. They learnt of a big empty house that couldn’t sell at the time. After one look, they fell in love with the place. The house was built in 1934 by Sir Charles Norwood as a beach cottage.

Together Murray and Helen raised six daughters in Paekākāriki. Murray was a Justice of the Peace (JP) and Marriage Celebrant and was involved in many community groups and projects over the decades. He chaired the Boards of both Kapiti and Paraparaumu colleges, and helped establish and supported the Kapiti Crossroads Trust and the Paekākāriki Station Trust. During Paekākāriki’s great water debate, Murray and others campaigned for the town to maintain its independent water supply from Smith’s Creek. Paekākāriki still get its water from Smith’s Creek.

“Murray Hill Point” marks his more than three decades of local service to the Paekākāriki Community for which he received a Civic Award from the Kapiti Coast District Council in 2004. 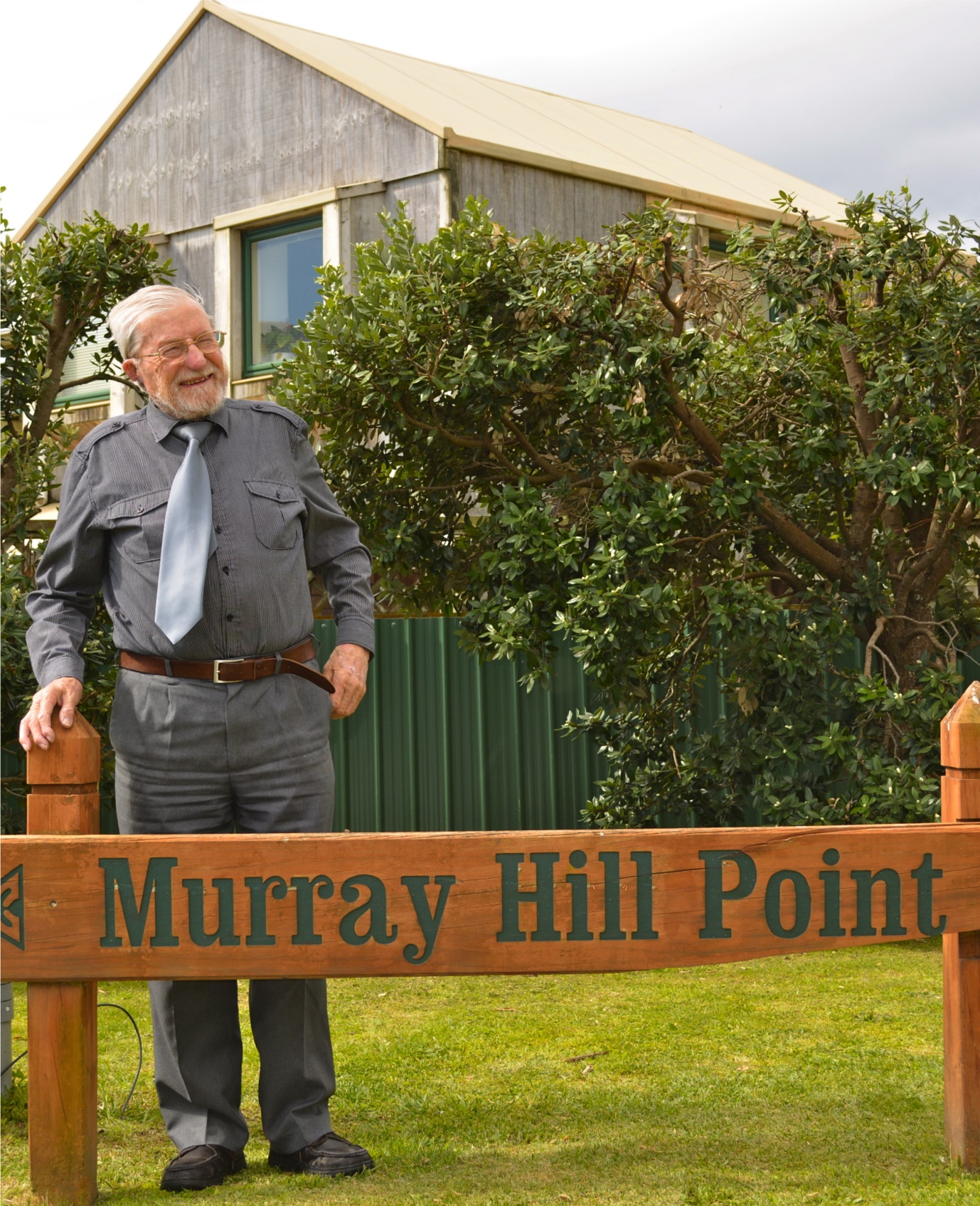