The Paekākāriki Surf Lifeguards is acknowledged as the 10th oldest and first non‑metropolitan surf lifesaving club in New Zealand. The club celebrated its 100th year of lifeguarding on the Kāpiti coast in 2013. It was originally called the Paekākāriki Railway Surf and Life-Saving Club because most of the male population worked for the Railways.

In 2006, it was named New Zealand Club of the Year. Veteran member, John Hook, was recognised as Surf Official of the Year; its president Russell Hodder received Life Membership; Vic Harvey received the Distinguished Service Award; and his grandson Brent Harvey won Lifeguard of the Year. 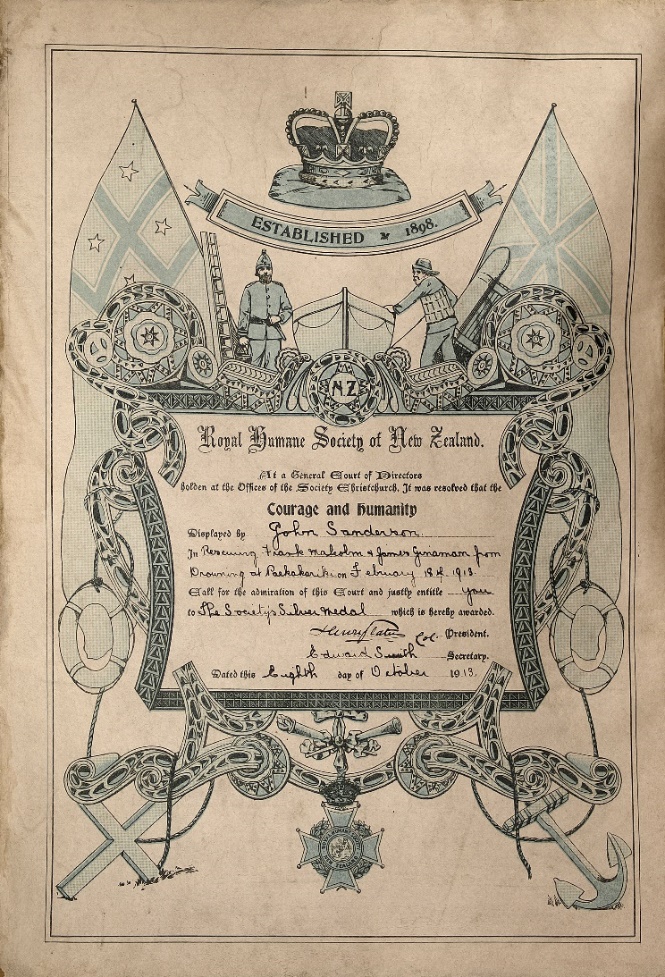 Few surf clubs had a more dramatic beginning. On Tuesday the 18th February 1913, three railways employees, Frank Malcon, James Guinane and Walter Frances Pengelly, were out fishing in a small boat off the Paekākāriki beach. While returning to the shore, their boat capsized in the heavy surf. Pengelly failed to reach the boat, but the other two managed to cling to the upturned boat. For a full 40 minutes John Cross, John Sanderson, James Glasgow, Thomas Cairns and James Ashley made repeated attempts to reach the men in difficulty, and after some time succeeded in getting two of them safely ashore. Mr Pengelly, who had disappeared when the boat capsized, was never found.

The tragic event shocked the small township and, at a public meeting, it was unanimously resolved that a Railway Surf Lifesaving club be established. Sanderson and Cairns became foundation members of the club, established on 2 March 1913 just 12 days after the tragedy.

In October 1913, the Royal Humane Society awarded each of the five men Silver Medals for their gallantry. It was noted, in an investiture at Government House in 2003, that only 188 Silver Medals had been awarded in 105 years. The award to five of those for one incident is a notable feat.

The second clubhouse was built near the current Sand Track. However during 1918 it was partially destroyed by large waves. It was rebuilt, but by 1926 was being steadily demolished by the heavy surf.

The biggest cup in the cabinet of the current Surf Club is the Sanderson Cup. The Paekākāriki community subscribed £200 for it. John Sanderson died in 1921 of a heart attack while swimming in the place where he had saved so many lives. The Sanderson Memorial cup was for competition between Wellington and Paekākāriki surf lifesaving clubs and commenced in 1923.

The train in the photo above was a special charter bringing competitors and spectators to Paekākāriki Beach for the annual Sanderson Cup Surf Lifesaving Carnival.

Plans to build the next Club House on the Council reserve nearby were approved. The third club was built by volunteer labour in 1929-30 and is now the Memorial Hall, on The Parade. During World War 2, the surf club hall was well used by United States marines who were stationed near the village at the time. 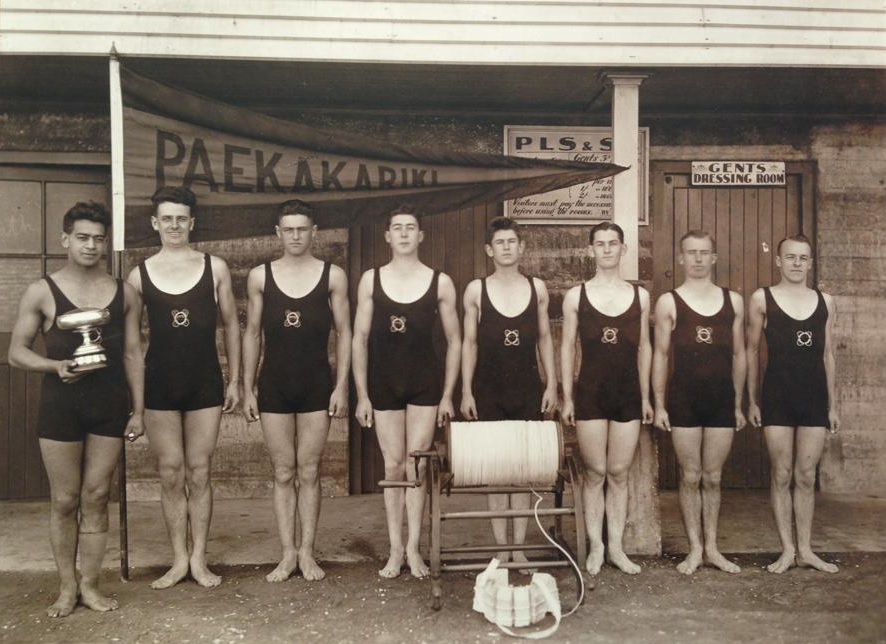 By 1958, with increasing patronage of Queen Elizabeth Park by campers and visitors, another club move was warranted. The location of the club across the road from the beach was also proving increasingly difficult, providing only limited access. The Hutt County agreed to purchase the hall for $1000, enlarge it, and dedicate it as a Memorial Hall.

The club hosted National events in 1976 and in 1983 but the shrinking beach has unfortunately precluded hosting further major events.

In March 2013, to mark the club’s 100th anniversary, a ceremony was held on Paekākāriki Beach at the location of the first Surf Club. A celebration was also held at the Railway Station to acknowledge the part Railways played in the club’s formation.

To accommodate increased membership and additional equipment, the 1966 club house has been enlarged three times.

Looking to the future, with global warning and rising sea levels, the club is planning a fifth club house further inland, from where it will continue to maintain a life guarding presence for Queen Elizabeth Park and Paekākāriki Beach.